From the ashes of the old British Indoor Rowing Championship comes the new British Rowing Indoor Championship. The race takes place on February 8 at the Olympic Velodrome in Lee Valley, London, and promises to be the highlight of the British indoor race scene. As the name change suggests, the race is now being run by British Rowing, and there's the exciting prospect of our top Olympians taking part. 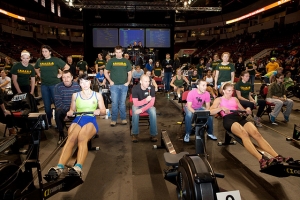 As well as 2,000m and timed junior events, there are also a 1,000m sprint event and a team event, which will see the national team take part. For more information, go to indoorchamps.britishrowing.org.

As an official partner of the event, we'll be there to help with the racing. We'll also be taking along brand new Model Ds with PM5s to be used on the day. These will be sold for a reduced price immediately after racing has finished, so this is a rare chance to buy a discounted indoor rower. The cost of a race machine is £780 and you must be able to pick it up from the venue shortly after racing has finished at approximately 5 p.m. They can be pre-ordered now from our online shop; payment won't be taken until nearer the event and we'll contact you to confirm your order. 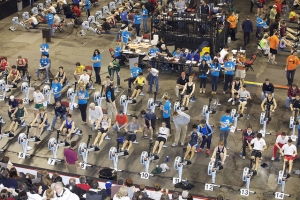 There are a number of other races coming up in the next few months so make sure you check out our race calendar for all the latest events.

January 17 sees the Concept2 Euro Open in Amsterdam. This is the 12th Euro Open and nearly 1500 competitors from over 20 different countries will be taking part. Amsterdam becomes the first place to host the Euro Open on more than two occasions.

Then on January 31 the inaugural European Rowing Indoor Championship takes place in Szczecin, Poland. Organised by World Rowing, the race is open to anybody, but with the aim of getting more national federations involved.

The World Indoor Rowing Championship, hosted by the CRASH-Bs, is a bit later than normal this year on March 1. The 34th edition of the race takes place once again at the Agganis Arena in Boston, USA. 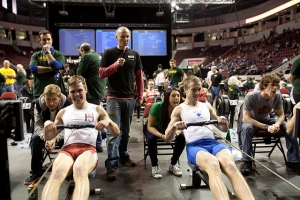 The deadline for entry for the race is February 2. To enter, go to Ronin Registration. Make sure you fill in your team as either “Team GB” or "Team Ireland" and choose “Pay By Mailing Us A Check” as the payment option. Once you’ve done that, send an email to racing@concept2.co.uk with your t-shirt size and registration number. We'll then pay your entry fee for you and arrange your free team t-shirt.

On March 20 there's the National Junior Indoor Rowing Championship at the Lea Valley Athletics Centre in North London. NJIRC is perhaps the largest single race in the world and the 2015 event is set to be bigger and better than ever. Fun, fast and furious, NJIRC is like nothing else on the race circuit.

Then last, but not least, there's the English IRC on March 29 at the Manchester Velodrome. If you've never been before, this is a very friendly, well-run race with a number of different race categories. If you've yet to experience indoor racing, this is definitely a good event to use to dip your toe in.

If you have any questions please send us an email at racing@concept2.co.uk, and to all those competing this season: Good luck!