Some of you may remember the story we wrote in the Fall 2009 issue of the Update about our CFO (“Chief Fishing Officer”), Jon Williams. Well, he’s still the in-house Fish Game Champion…but he doesn’t come close to the fishing exploits of customer Ken Petterson. 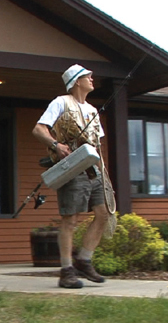 Ken and Jon communicate regularly about their fishing, and most recently Ken sent us a really impressive collection of his fishing stats, accumulated from over 9000 games! We thought you would enjoy seeing them—and perhaps this will inspire you to try the Fish Game if you haven’t already (to find the Fish Game on your PM3 or PM4, choose Games from the Main Menu). It only takes 4 minutes to play each game, but fair warning: it can be quite addicting! 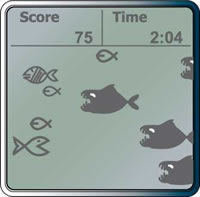 Metres are metres and they ALL add up and improve one’s health. I will turn 48 years old January 8 and have many more years ahead of me that I will be rowing. I know that I come from a 'different' approach to rowing. Perhaps I am not 'serious' enough, but I do know that my health has never been better and that I row between 2–3 miles a day. On days that I can’t erg for 45 minutes straight due to a busy schedule, I break my day into mini-workouts that involve a two or three Fish Games at a time. My 11-year-old-son, Aiden, LOVES to play the fish game as well.”

We’re confident that Ken is not exaggerating the “size of his fish” on this one! Let us know if you come close to reaching Ken’s scores at rowing@concept2.com.

Sign up to receive the Concept2 Update. Every other month we'll send you training tips, news, interviews and more.